November 10: The Proceedings of the 20th National Congress of the Communist Party of China declares that the construction of Chinese speech and Chinese storytelling should be accelerated, Chinese stories should be told well, Chinese voices should be well disseminated, and the image of Chinese a , beautiful and honorable China should be presented. Documentaries have a unique cultural appeal as a visual expression of real life. They are an important method and vehicle for promoting and strengthening the influence of Chinese civilization, promoting the internationalization of Chinese culture and styles of the times, and bringing Oriental wisdom to the world. As China’s international status continues to improve, the need to tell Chinese stories well through documentary has become more urgent. Therefore, it has important practical significance and long-term historical significance to highlight China’s long history and culture, rapidly developing economy and technology, lively and interesting daily life, dominant values of China and the concept of a community with a common goal of humanity. through excellent documentaries.

Recently, a series of short documentaries made in Chinese and English, “Taste of Beijing”, was released by the Beijing Municipal Government Information Office. Focusing on Beijing, “what kind of capital can be built and how to build a capital”, these questions are highlighted, which has become a hot topic among domestic and foreign visitors. In addition, the second season of the English version of the documentary “China on the Move”, produced by Shanghai Radio and TV Center in cooperation with Disney, is broadcast during the golden hours of weekends in several countries and regions on international platforms. from Disney. Summarizing the experience of these successful examples, it can be seen that if we want to advance the construction of the international distribution capacity of documentary film, we must build a multi-dimensional and three-dimensional communication system and coordinate creative promotion methods and platforms. new media, so that the international promotion of Chinese documentary film can be more thorough, comprehensive, accurate and effective.

From the 1980s to the beginning of the 21st century, Chinese stories told in Chinese documentaries to the world have focused more on history, culture, wildlife, and natural landscapes. Among them, excellent documentaries like ‘Silk Road’ and ‘The Legend of the Great Wall’ have had great effects on overseas promotion. The CCTV documentary channel was launched in 2011 and has become a platform for broadcasting documentaries at home and abroad. 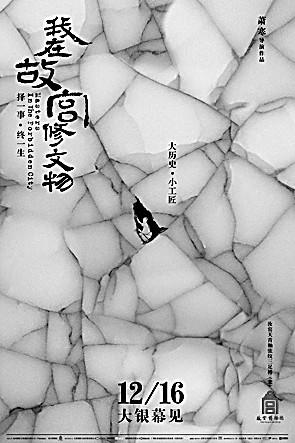 The content involved in the international promotion of Chinese documentaries continues to grow. These include Chinese cuisine and popular culture, Chinese traditional and modern arts, Chinese technology and economic development, Chinese society and daily life, etc. As the themes of the documentary are enriched, the national image of China also becomes more and more full and vivid. What foreign visitors see is no longer an ancient, monolithic and static image of China, composed only of traditional culture and beautiful landscapes, but rather a three-dimensional and fluid modern civilization.

The fields covered by Chinese documentaries present a multidimensional pattern. Gradually break down stereotypes about China created by Western media. Foreign visitors are not only curious about the macro-development of modern China, but also about the living conditions of ordinary Chinese people.

It can be said that countless vivid and subtle individual images are finally transformed into the image of the country. For example, a documentary titled “The Daily Life of a Chinese Policeman” begins with the ordinary story of ordinary police officers in life, duty and law enforcement, and through realistic and vivid images and a fast-paced story, portrays the selfless devotion, dedication and hard work of contemporary Chinese police.

The international circulation of Chinese documentaries highlights not only its interior but also its approach to the world. After the outbreak of the epidemic, China Global Television Network (CGTN) produced a documentary titled “The Lockdown: One Month in Wuhan” and aired it around the world. This documentary has been viewed in total 1 crore 80 lakh times. In the documentary, overseas viewers not only saw serious issues of common concern, but also saw the courage and wisdom of the Chinese people in the face of difficulties and pain, and also showed deep resonance and deep respect. .

Through the documentary, foreign audiences have also seen the government’s relentless efforts to save lives and ensure the peace and well-being of the people. Therefore, Chinese documentaries should face the world, based on Chinese history and culture and modern Chinese practices, reveal profound Chinese knowledge to the world, and provide China’s wisdom and China’s plan. to build a community of common goals for humanity. 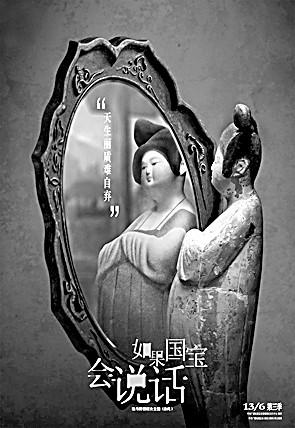 The creative ideas and storytelling methods of Chinese documentaries have developed rapidly over the past decade. Many works of art have innovative perspectives and have increased the persuasive power of international communication of Chinese culture. For example, the documentary “Voices from the Front Line: China’s Fight Against Poverty” comprehensively presents “targeted” poverty reduction and targeted poverty reduction in China from a foreign perspective and introduces viewers strangers a closer narrative approach.

Chinese documentaries continue to innovate to explain and promote the wonderful culture that embodies the Chinese spirit and embodies Chinese knowledge to the world. The documentary “Tea: A History of the 1920s” presents the complex process of roasting Chinese tea and tells how Chinese tea has taken root all over the world and blended into different cultural contexts. The documentary “Masters of the Forbidden City” showcases exquisite traditional Chinese culture through the process of restoring cultural artifacts and has attracted strong interest from young foreigners.

Chinese documentaries that tell Chinese stories abroad have seen a diverse trend. In addition to traditional explanatory feature films, forms such as short videos have also emerged. The creative approach to independent production and Sino-foreign co-production has emerged. The heart of creation has expanded from the main official media and production companies to private self-media production. The international distribution of Chinese documentaries in particular has rapidly and widely expanded from traditional satellite TV and online platforms to social media platforms.