The hero Simon weaves a red sari. Apu Biswas dreams of getting married while wrapping herself in this saree. Different memories of happiness float in the imagination, there is a song in this context. Singer Konal sang Apu Biswas’ wedding song on screen. Kishore voiced with him twice.

It is the title song of the first film ‘Lal Saree’ produced by actress Apu Biswas, said the director of this film Bandhan Biswas. The lyrics of this song are written by the producer himself. Seven-time National Film Award winner Eamon Saha composed the music. The song was recorded two days ago.

Earlier, Konal sang for Apu in Bandhan Biswas’ movie “Chyaabriksha”. The film is awaiting release. But this time Konal sang again for producer Apu. She told Channel i Online that it is better to sing in a movie with a female producer (Apu Biswas).

In the playback, he sang romantic, sad, melodic, elemental in all styles, but Konal had never sung about marriage before. He said, this is my first time singing a wedding song in a movie, that too in a movie produced by him for Apu Di. It’s a really different song about marriage. Very nice song. A touching song to the tune of Emon Dada. Although there is a touch of modernity, there is something of the tradition of Bangladesh. I enjoyed the song. 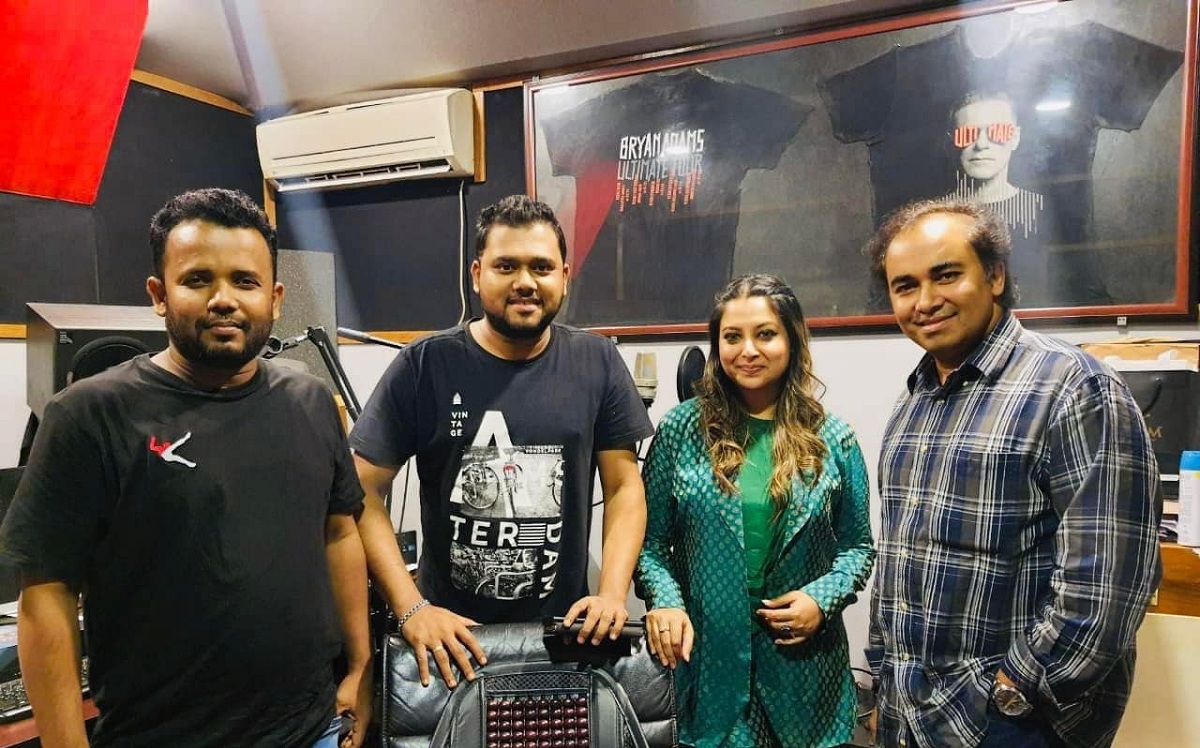 Bandhan Biswas said, this song is the title song of ‘Lal Saree’. It was so beautiful that audiences will say, those wonderful, classic songs are less in the movie.

The name of the first film produced by Apu Biswas which received a government grant of Rs 65 lakh is ‘Lalsaari’. It is produced under the banner of Jai-Apu Films. The shooting of the film will start on November 2 in Manikganj and will continue until the 22nd week of this month. It features Simon Sadiq opposite Apu.

One of the country’s glorious histories lies in the weaving industry. This context is the cornerstone of this film by Apu Biswas. He said earlier that the saree is the main dress of Bengali women. The story is about the sari and its artisans. This is why the name ‘Sari’ is taken.

Apu Biswas added that red is a symbol of love. Nothing happens without love. This is why I chose the name ‘Lal Sari’. The art of weaving lost heritage is the soul of the film.

When Rakesh Roshan revealed that he made Hrithik Roshan travel in taxis, cars, buses, know in detail

Apu Biswas was afraid of Shakib-Mim!

Will Dilip Kumar-Madhubala’s love story be in the film?