Prasthia is in love with love!

Filmmaker Adar Azad is working on a webfilm for the first time. The name is ‘anchor here’. This actor will be seen in an exceptional role in Sareng. The character’s name is Altamas. Adar has already shared a preview of the character online.

He receives applause as soon as the new look is revealed. Adar and Archita Prasthiya are working together for the first time through this webfilm. She played the role of Sareng’s lover on the ship. It is written by Rajibul Islam Rajib and directed by Mehdi Roni.

Speaking about working in a web movie for the first time, Adar said the story was great. Not a conventional story. Altamas anchors its sandboat in Kaukhali four times a year. The story revolves around this anchor. It is essentially a romantic and tragic genre story. Usually, web movies mean dark, thrillers, crime stories. But it is the opposite. A story that appeals to the public. Hopefully the audience will be gifted with a work of different tastes. 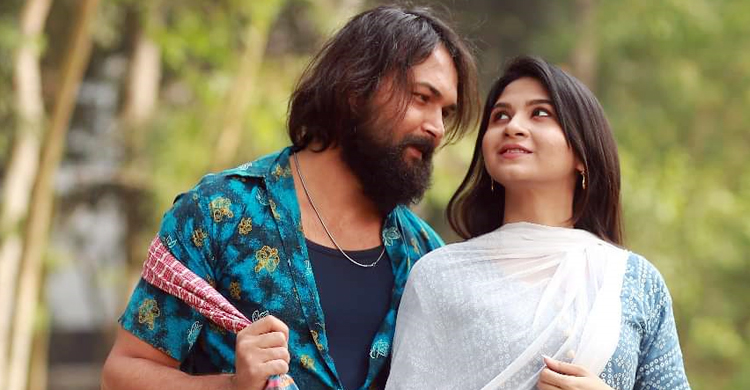 Prasthia said that the story of “Ekhne Nongar” is very different from other films of that era. The characters also have shadows of familiar people. Its turbulent history will make the viewer think a little about our current way of life.

Producer Roni said the story is mostly about the river, the freighter, and some characters associated with it. Based on the familiar story, I made it for the audience in rural Bengal. Everyone who takes action works hard. In particular, there were several scenes of Adar swimming in the river, wet with rain, he had to do these scenes in the harsh winter. I hope everyone will like the work.

Filming for the web movie has started at various locations in Aminbazar and Manikganj districts of Dhaka from last January 15. Sunday January 22, the team goes to the Barisal region to shoot the remaining part. The rest of the web movie will be shot on January 25.

Other roles in ‘Ekhane Nongar’ include Mamunur Rashid, Shahiduzzaman Salim, Intekhab Dinar, Shatabdi Wadud, Iqbal, Hanif Palawan and others. Soon it will be released on the RTV Plus app, the manufacturer said.

A fully-fledged television sub-center in each divisional town is: the Minister of Information

A star couple buys a luxury apartment in Dubai (VIDEO)